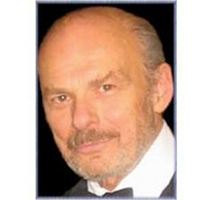 In addition to Holzer’s law practice, for 1972 to 1993 he taught full-time at Brooklyn Law School where he is now professor emeritus. His courses included Constitutional Law, First Amendment, Jurisprudence, and Appellate Advocacy.

Professor Holzer is author of approximately three hundred articles, essays, and reviews. He frequently publishes legal and political commentary on current issues in print and electronic media, and has often been interviewed on radio and television.

With his wife, lawyer and author Erika Holzer, Professor Holzer is co-author of “Aid and Comfort”: Jane Fonda in North Vietnam, the only book that definitively answers the question of whether Fonda’s trip to Hanoi during the Vietnam War, and her activities there, constitutioned constitutional treason. With Erika Holzer, Holzer also co-authored the first edition of Fake Warriors: Identifying, Exposing, and Punishing Those Who Falsify Their Military Service, having solely authored the second edition. Both books are available at Amazon.com.

Henry Mark Holzer’s The Supreme Court Opinions of Clarence Thomas, 1919-2006, was published in 2007 by McFarland & Company, a noted publisher of scholarly, reference, and academic books. The second edition, covering the years 1991-2011 was published by McFarland in 2012 and is available also as an eBook.

Also published in 2012, in a print edition and eBook, was Professor Holzer’s The American Constitution and Ayn Rand’s “Inner Contradiction.”

At the same time, Holzer’s The Best Opinions of the Supeme Court of the United States, Vol. I (Race) was published as an eBook. All three books are avaliable at Amazon.com. 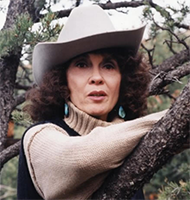 Erika Holzer received her B.S. from Cornell University and her law degree from New York University.

For several years following her admission to the New York bar she practiced constitutional and appellate law with her husband, Henry Mark Holzer. Their clients included Soviet dissidents and defectors.

One of the Holzer firm’s clients (and later friend) was novelist Ayn Rand. For hours Erika Holzer questioned Rand in detail about her novels The Fountainhead and Atlas Shrugged. Before long, Holzer realized she was learning so much about the art of fiction-writing that she wanted to share that knowledge with other potential writers. This prompted Holzer to switch careers from law to writing, non-fiction and fiction, and to write Ayn Rand My Fiction–Writing Teacher: A novelist’s mentor-protégé relationship with the author of Atlas Shrugged.

With Henry Mark Holzer, Erika Holzer co-authored “Aid and Comfort”: Jane Fonda in North Vietnam, showing conclusively that Fonda could have been indicted for and convicted of treason because of her trip to Hanoi during the Vietnam War and her activities there.

Fiction by Erika Holzer includes Freedom Bridge, an espionage cold war thriller about escaping from the Soviet Union’s dictatorship, and Eye for an Eye, a contemporary novel dedicated “To the victims of violent crime, dead or alive.”